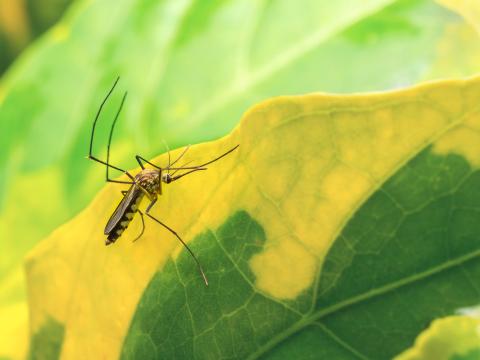 This post was originally published by Breakthrough ACTION + RESEARCH.

Zika sent waves of panic through the Americas in 2015 and 2016 when the little-known virus was linked to serious birth defects and other neurological disorders.

At the height of the Zika epidemic, Brazil was the hardest hit, with more than 200,000 cases reported and more than 3,500 babies born with microcephaly or other malformations related to the virus.

Even though the mosquito-borne illness is no longer making headlines as a global health emergency, the virus remains a threat and has the potential to rapidly spread if conditions are right. In its recent report, the World Health Organization (WHO) identified 61 countries at risk for Zika outbreaks due to the presence of the virus’s carrier: the Aedes aegypti mosquito. Countries identified include China, Egypt, and Pakistan, as well as many in Africa—highly populated places ripe for quick transmission.

“The next outbreak is not a matter of if, but when,” said Dr. Ernesto T.A. Marques, a public health researcher at the Oswaldo Cruz Foundation in Rio de Janeiro, who spoke to the New York Times after the release of the WHO report.

Lead for the WHO’s Zika Task Force, Dr. Eve Lackritz, shared with the Times that one of her main tasks is to keep up the sense of urgency. “My biggest fear is complacency and lack of interest by the global community.”

As part of USAID’s Zika response, Breakthrough ACTION + RESEARCH embarked on a process to identify the behaviors that have the greatest potential to prevent Zika’s transmission. The Breakthrough team found that, at the beginning of the Zika emergency response, more than 30 behaviors were being promoted as ways to control transmission—far too many to include in an effective strategy. Promoting too many preventive behaviors, and ones that lack specificity, can be counterproductive; people may not adopt any of the behaviors or they might not do them correctly.

Breakthrough ACTION + RESEARCH, in collaboration with USAID and the support of other implementing partners, culled the list to seven of the most promising behaviors to prevent Zika—most of which can also help prevent dengue and chikungunya. Dengue infects hundreds of millions of people each year, and while some have no or mild symptoms, half a million of those infected require hospitalization and more than 12,000 people die, according to WHO. Chikungunya is less common and less dangerous than dengue but can have very debilitating symptoms.

First on Breakthrough’s prevention list is using an effective mosquito repellant, especially by pregnant women who can pass a Zika infection to their developing fetuses. An effective repellant contains DEET, Picaridin, IR3535, or oil of lemon eucalyptus.

Unlike dengue, chikungunya, and yellow fever, Zika can pass from person to person through sexual intercourse and from a mother to her unborn baby. Mother-to-child transmission can result in severe birth defects, including what is now known as congenital Zika syndrome. The syndrome presents a unique pattern of birth defects and disabilities characterized by microcephaly, a condition in which a baby’s head is smaller than normal and the brain does not develop completely.

Because Zika can be transmitted during sex, condom use during pregnancy is advised for couples who live in Zika-prevalent areas. Women at risk of infection who do not wish to become pregnant can prevent unintended pregnancies with the use of family planning; if they already are pregnant, women should attend prenatal check-ups to monitor the pregnancy.

When the number of Zika cases began to decline throughout the Americas, WHO’s advisory committee on the virus recommended that WHO transition its emergency response to a long-term commitment for prevention and control. Like dengue and chikungunya, Zika may “ebb and flow in recurring waves of infection,” WHO says.

Currently, more than half of the world’s population lives in tropical and subtropical areas where the Aedes aegypti mosquito lives and breeds. A new study published in Nature Microbiology, which focused on dengue, estimated that an additional 2.25 billion people will be at risk of dengue in 2080, adding to the 3.83 billion at risk in 2015, largely because of population growth in urban areas and climate change.

Given this forecast, Breakthrough’s prioritized set of effective behaviors to prevent Zika will continue to be useful and can also be used by those working to prevent other mosquito-borne illnesses.

This blog was written based on technical work by Breakthrough ACTION + RESEARCH. For more information on this Zika portfolio, contact Gabrielle Hunter or Martha Silva.