How USAID is fighting the spread of Zika in Haiti 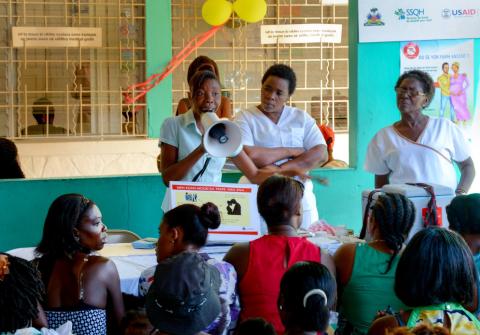 In our increasingly interconnected society, a health threat anywhere is a threat everywhere

Dozens of women with newborns fill benches under a canopy outside the community health center in the Delmas neighborhood of Port-au-Prince, Haiti. A community health worker uses a bullhorn and an illustrated guide to educate mothers on actions to prevent mosquito bites and avoid potential sexual transmission of the Zika virus.

Zika’s connection to devastating neurological disorders required the World Health Organization to declare the disease a public health emergency for several months last year. While only a handful of cases have been confirmed in Haiti, the health center in Port-au-Prince is seeing a rise in suspected cases.

Clutching her child to her chest, one mother stands in line to see a medical provider. The infant bears one of the unmistakable signs of the tragic birth defects caused by Congenital Zika Syndrome — a partially collapsed skull, or microcephaly.

Zika infection, particularly in the first trimester of pregnancy, can also cause eye damage, hearing loss, motor and cognitive deficits and too much muscle tone, restricting body movement. Most adults infected with the Zika virus are asymptomatic or have mild symptoms like low-grade fever and a rash. However, Zika can, in some cases, cause Guillain-Barré syndrome in adults — a disorder in which the body’s immune system attacks the nerves.

The mosquito that carries the Zika virus flourishes in Haiti’s tropical heat and breeds in the smallest pools or spoonfuls of standing water. Even an abandoned soda cap becomes a potential threat. And frequent rain leaves seemingly infinite fresh puddles of water everywhere.

USAID is working to protect people, particularly pregnant women, from Zika through counseling and education during prenatal care visits.

USAID also works with local communities and the Ministry of Health to eliminate mosquito breeding sites through larviciding (killing larval stage mosquitoes with insecticide). We’re also encouraging families to dispose of unused containers that can collect water and serve as breeding sites, as well as make sure water containers are covered and sealed to keep out mosquitoes.

More than half of the world’s population is at risk from diseases that result from infections transmitted by mosquitoes, sandflies, bugs, ticks and snails — these include malaria, dengue fever and neglected tropical diseases. Effective methods used to control these diseases are essential to fighting Zika.

USAID launched a “Grand Challenge” in 2016 to generate cutting-edge approaches to fight the current Zika outbreak and future diseases. Twenty one potential solutions have been selected for accelerated development, testing and deployment.

These frontline health workers canvass neighborhoods and meet with children, pregnant women and families at “rally points” — locally known landmarks or meeting spaces — under large trees or in schools or churches.

Community health workers encourage regular prenatal visits and urge expecting mothers to deliver at a health facility with a skilled provider. They weigh babies and monitor growth, promote breastfeeding and proper care, ensure first vaccinations, and inform women and their partners about the steps they can take to protect themselves and their children from Zika and malaria.

Joseph-Felix David is a community health worker supervisor in Delmas 75, a neighborhood in Port au Prince. He said volunteers are educated, equipped, motivated and empowered to do their life-saving work.

In addition to overseeing their work and reporting on monthly data, he tries to be a resource for volunteers. Supportive supervision is critical for volunteer cadres, as it forms a bond with the health system and affirms their value in that system.

“It makes me very proud to do this work,” he said. “With this kind of work, we can reach all of Haiti and all Haitians.”

One of the benefits of controlling the mosquitoes that transmit Zika is reducing travel-related infections, which is especially important in a country like Haiti that is only a 45-minute flight from Miami. That keeps citizens in the United States safe as well.

In our increasingly interconnected society, a health threat anywhere is a threat everywhere. As we saw during the Ebola outbreak in West Africa in 2014, and now with the spread of Zika in Latin America and the Caribbean, diseases do not respect borders. 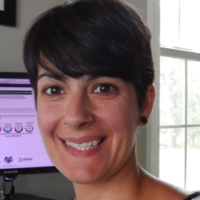 Lisa has over ten years of experience working on USAID-funded and privately-funded family planning (FP) and reproductive health (RH) and HIV/AIDS projects. Lisa is a certified Knowledge Manager and has a Master of Public Health from Case Western Reserve University and a BA from the College of Wooster. She is currently based in North Carolina.