The Role of Men in Zika Prevention 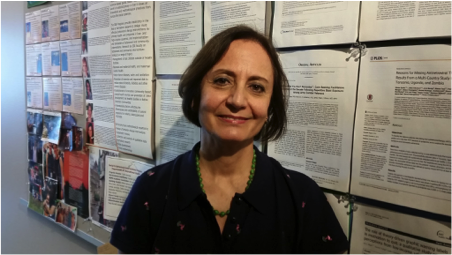 Zika prevention efforts have primarily focused on infected mosquitos as the primary mode of transmission. Given the potential negative pregnancy outcomes of Zika, including congenital syndrome and microcephaly, pregnant women and women of reproductive age have been the focus of mosquito bite prevention efforts and messages.

Men, however, are in charge of many of the mosquito vector breeding sites, such as spare tires stored in the yard, or spare parts for bicycles, cars, and other favorite machinery that can accumulate rain water, or drinking dishes and troughs for farm animals that men are in charge of. Men are also in charge of house improvements, such as screen installation of doors and windows. So, men can be important in the prevention of mosquito bites for their pregnant wives as well as the whole family.

More recently, evidence has emerged that Zika can also be transmitted sexually. Family planning efforts now take on a dual role for prevention of sexual transmission of Zika (via consistent and regular condom use) and of potential negative pregnancy outcomes of Zika, whether it entered the body sexually or through an infected mosquito, by allowing women and couples to prevent or plan for pregnancies after Zika has subsided.

In addition, Guillain-Barre Syndrome is a neurological disorder that can happen in the aftermath of some viral infections, and can lead to paralysis for both women and men. On October 5, The Baltimore Sun published an article about recent research conducted in Colombia and at Johns Hopkins Medicine indicating a strong link between Zika and Guillain-Barre syndrome. This new revelation may provide an opportunity to more effectively communicate with men about Zika prevention, as they are also vulnerable to the potentially negative health consequences of Zika.

In a recent Family Planning Voices interview, public health scientist Elli Leontsini reflects on the intersection of Zika and family health, including:

“It is hard to promote and talk about the prevention of sexual transmission when the vector is unchecked. Because then men can say, ‘Ok, what will my little condom do when the rest of my body is not protected. I want, I need a whole body condom.’ But, if we show a good level of control on the vector side, I think we can make an easier case for the sexual transmission side and say, ‘Look have you felt any mosquitos? You can do your part now.’”

“Zika prevention offers one more opportunity to reach men. Zika is important to them, for their work. I think men would be specifically worried about Guillain-Barre syndrome, the paralysis that some viruses can cause as a side effect. It is not only specific to Zika…So, men are very worried that if they get paralyzed, who is going to look after their home. They are the breadwinners in many cases so it has tremendous implications in their family life. In fact, when we were visiting Honduras, the vector control staff that we talked with, they raised that concern, that was their biggest concern. What if they developed Guillain-Barre? They wouldn’t be able to serve either their jobs or their families. I think we can approach men through that angle.” 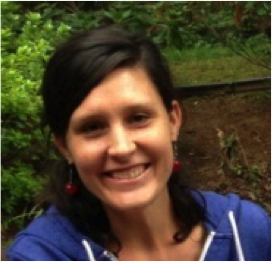 Catherine is a Registered Nurse with a BSN from Johns Hopkins University School of Nursing. She is currently pursuing dual masters degrees in advance practice nursing and public health at Johns Hopkins University. She focuses on adult primary care, HIV specialty care and Hepatitis C treatment. She holds a BA from Macalester College.