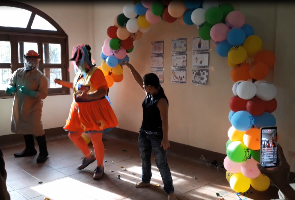 The Zika Communication Network will be publishing a series of success stories from the Zika AIRS Project (ZAP). This is the fifth and final in the series.

The United States Agency for International Development’s Zika AIRS Project (ZAP) is creating new ways to fight against the Zika virus. In Guatemala, ZAP conducts targeted indoor residual spraying (IRS) in homes to kill the mosquitoes that spread this dangerous disease. Until recently, communities were unfamiliar with IRS and reluctant to allow their houses to be sprayed.

ZAP field supervisor Iris Burgos decided a creative approach was needed to win over the community’s support. Burgos, a songwriter and singer, initially offered to place key IRS messages in songs as a joke. Burgos has worked on vector-borne diseases since 2002, bringing her creative energy to promotion campaigns and community education. Her idea quickly became reality. Drawing on the dynamic, happy and festive culture of East Guatemala, Burgos adapted the lyrics of two well-known songs to encourage community members to accept IRS.

The song “Beto the Spray Operator,” which is sung by Burgos, is meant to portray the image of the Ministry of Health Vector Control Officers who conduct the spraying in the community. The song explains how to prepare for spraying and what to do after spraying. The other song, “Rociadita,” describes the difference between IRS and fogging (an intervention the Government of Guatemala has used to fight Zika).

ZAP took the songs one step further by creating a dance to go along with Beto’s song. Spray operators now arrive at the homes dancing to the music. The “Spray Operator’s Step” is being promoted in schools and encourages children and adults to dance to imitate the way Beto sprays. The spray operators’ enthusiasm has been key to changing the attitudes and behavior of communities toward spraying. Now, when the music of "Beto the Spray Operator" plays in the communities, the families come to their doors welcoming the spray operators, and people have been heard saying, “Let Beto come. We are waiting for Beto!”

The songs and dancing are part of ZAP’s larger campaign “Invite Us to Your Home and Work Together to Fight the Mosquito.” The campaign’s key messages are delivered to children, teachers, authorities, parents and the general public through flyers, banners, radio spots and speeches at schools, parks and public areas. The direct involvement of municipal authorities and the massive participation of educational centers to promote the songs has helped to ensure the success of the spray campaign. 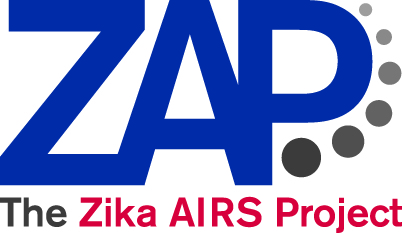